Bridget is an active member of the community. Examples of her service include:

Dean’s Advisory Board, School of Architecture, University of Virginia
2013 to present

Northern California Chapter of the Society of Architectural Historians
President, 2000 – 2004

Landmarks Board President Bridget Maley at a celebration for Landmark #249, the Golden Gate Park Music Concourse (Photo: Chris Duderstadt and Friends of the Music Concourse – www.musicconcourse.org). 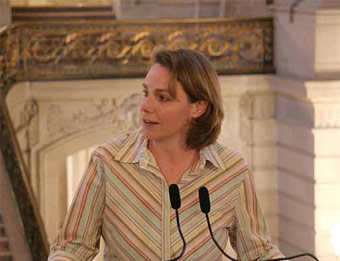